The pet policy varies according to the destination and country. With some flights and destinations, pets are not allowed. So, while booking flight with any airlines always look for the pet policy if you wish to take along your pet. According to American Airlines pet policy, passengers cannot take along pets in the cabin for the flights to/from South America, to/from trans-Atlantic/trans-Pacific or to/from Hawaii.

– Passenger should get the pets properly vaccinated and should present the health certificate of the pets.

– Only dogs and cats are allowed to carry along with American Airlines.

– No pets are allowed on the flights which have a fly time of more than 12 hours or the flights from Bolivia, Brazil, Hawaii, Uraguay, Venezuela, Argentina, Chile, or Paraguay.

Passengers should always remember to inform the American Airlines in advance if they wish to carry along their pet while travelling. American Airlines will strictly not entertain any immediate travel along with pet requests.

American airlines pet carry on service is offered if passenger’s dog or cat is eligible according to the requirements and standards. You should have an approved pet carrier for your pet. The pet carrier should be spacious enough for the pet, the base of the carrier should be waterproof, and it must have proper ventilation and lock system. The maximum allowed size of the pet carrier is 19in*13in*9in.

Only small cats or dogs.

The age of the pet should be at least 8 weeks old to be eligible for travelling.

Only service dogs are permitted to be inside the cabin of flights to the United Kingdom and Ireland.

The permitted carrier measurements depend on the aircraft for that route. The rule says that only one pet is allowed per passenger but this rule does not imply for the mother cats and dogs. Two pets having the same size and species (kittens, puppies or toy dogs) are allowed inside a single carrier but there should be enough space for both the pets to stand and move around. The total combined weight of pets should not exceed 20 pounds. No birds are allowed on the flights of American Airlines.

There is no requirement of any health certificate or document for the pets to travel in the cabin.

American airlines pet cargo policy states that if you find your pet too big to fit under the seat, the flight is long hauled, or your animal is not a cat or dog then you can choose for the cargo pet shipping option with American Airlines. The place where your pets will be kept in cargo has the same pressure and temperature as the flight cabin. Some of the American airline’s aircraft do not ship live animals as cargo which includes Airbus 321, Airbus 319, Airbus 321H, Airbus 321S, and Airbus 319.

Cats and dogs are allowed but birds are not allowed. The flight should not exceed 12 hours of flying. Two pets per passenger are allowed as checked baggage.

Those pets which are being shipped as cargo to Hawaii will go through Honolulu. Pets must travel as air cargo for the destination of the United Kingdom.

Cargo pets are not accepted for the travel to/through/from Las Vegas, Tucson, Palm Strings, and Phoenix from the period of May 1 to Sep 30.

The cargo shipping facility of pets is not offered for the Japan flights.

A licensed veterinarian issued health certificate is required within the 10 days of the flight.  If any passenger returns to the origin country through the same ticket then, the health certificate’s validity is of 60 days.

The cats and dogs must be checked in not more than 4 hours ahead of the departure time of flight at the ticket counter and meanwhile, the passenger will also have to pay the fee for pets shipping. Passengers should check-in with their pets as early as possible as the limit for pets per flight is not much and the American Airlines follows the principle of first come- first serve. The maximum limit of pets as cargo is two pets per passenger. No pets are allowed as cargo for the flight of more than 12 hours.

The following breeds of dogs are restricted for travel with American Airlines:-

The maximum permitted crate size is 40in*27in*30in for all the flights with American Airlines except MD80 and Boeing 737 aircraft. The series 700 crates are not allowed on any of the American Airlines flights. The locks of carriers should be made of strong metal.

Two cats and dogs are allowed to be in the same crate/carrier if they are between 8 weeks and 6 months old and belong to the same species. The weight of both pets must not exceed 20 pounds each.

American airlines pet fee depends on whether the pet is being carried along in the cabin(if the pet is eligible) or booked as cargo to travel along. Read below to know the American Airlines pet policy in detail.

Your pet will be counted as a carry on luggage and a $125USD fee will be applicable. The check-in process should be completed at the passenger counter as pets cannot check-in at the curbside. For service animals, no fee is charged.

The pets will be counted as a piece of checked baggage and a fee of $200($150 for travel to/from Brazil) will be applicable. 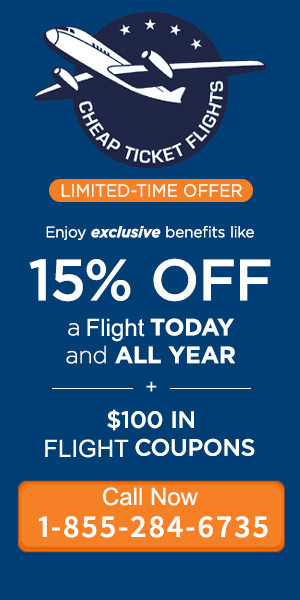